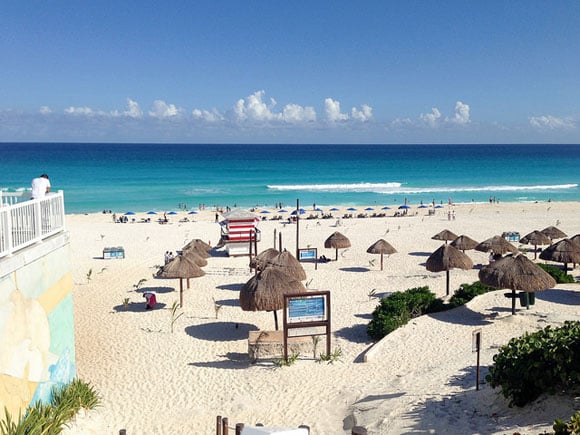 Mexico is a big country, almost three times the size of Texas. And across its territory, you’ll find a wide variety of climates…something for everybody.

In mountainous central Mexico, there is a temperate and dry climate, with virtually no humidity and lots of sunshine. Thanks to the elevation, between 3,000 and 7,000 feet, temperatures rarely get above the mid-80s F during the day. At night it dips into the mid- to high 60s F, just cool enough for a light sweater or jacket. During the coldest part of the year, January and February, it might get close to freezing on some nights. But in general, you don’t have to worry about air conditioning or heating…or the associated costs.

In much of the coastal areas in the central and southern parts of Mexico, on the Pacific and Caribbean, you do have a semi-tropical climate. That means heat and humidity in summer, with temperatures well into the 80s F during the day. You also have a rainy season, with overcast days and afternoon showers frequent from May to October. Dry season features lower temperatures and humidity and no rain. Expect pleasant, sunny days, with temperatures in the 70s F and low 80s F.

One thing to keep in mind is that Mexico is in the hurricane zone, especially the Yucatán Peninsula’s Caribbean coast, although the Pacific and Gulf Coast can also face hurricanes and tropical storms. Hurricane season runs from June to November. And it’s best to be prepared by stocking up on water and non-perishable food, and having an emergency plan in place. – Jason Holland

Get Your Free Report on the World’s Best Places to Retire:

Learn more about the best places in the world to retire in our daily postcard e-letter.

Simply enter your email address below to sign up for our free daily postcards and we’ll also send you a FREE report on The World’s Top 10 Retirement Havens.

Get Your Free Report Here